a lesson about time

The sky was dark when we left our mobile camp in the morning. And even after dawn broke, the sky was dark. Huge, menacing thunderheads towered over us as far as the eye could see. Before long, the heavens opened and the clouds spread their precious life-giving rain across the Kalahari.

It was an impressive spectacle. At first, the water formed small puddles in the dirt road and it did not look like it was going to stop raining any time soon. Nevertheless, we continued driving, scanning the rainy horizon the best we could. After about an hour, we spotted a trio of cheetahs who seemed to be on the hunt.

In the course of the next six hours we observed how the cheetah mother taught her two youngsters the art of hunting. And the art of patience. Although cheetahs are the fastest land animals, their true strength is their ability to wait for exactly the right moment. Slowly and cautiously, they approached a herd of grazing springboks. The antelopes seemed oblivious to the danger and stoically withstood the pouring rain. Every now and then a springbok would utter an alarm call, and the herd became uneasy for a short time but quickly recovered composure. This continued for hour after hour.

Finally and suddenly, in the late afternoon, things began to move very fast. The three cheetahs burst out of hiding, and the herd of springboks exploded in panic. We found ourselves in the middle of a wild hunting spree. Most of the springboks bolted, but some stood frozen on the spot, watching and waiting.

Finally, one of the cheetahs was successful. Which one it was we couldn’t say. But their patience was rewarded. The mother taught her cubs how to be successful hunters and she taught us humans a valuable lesson about the importance of waiting for the right moment. 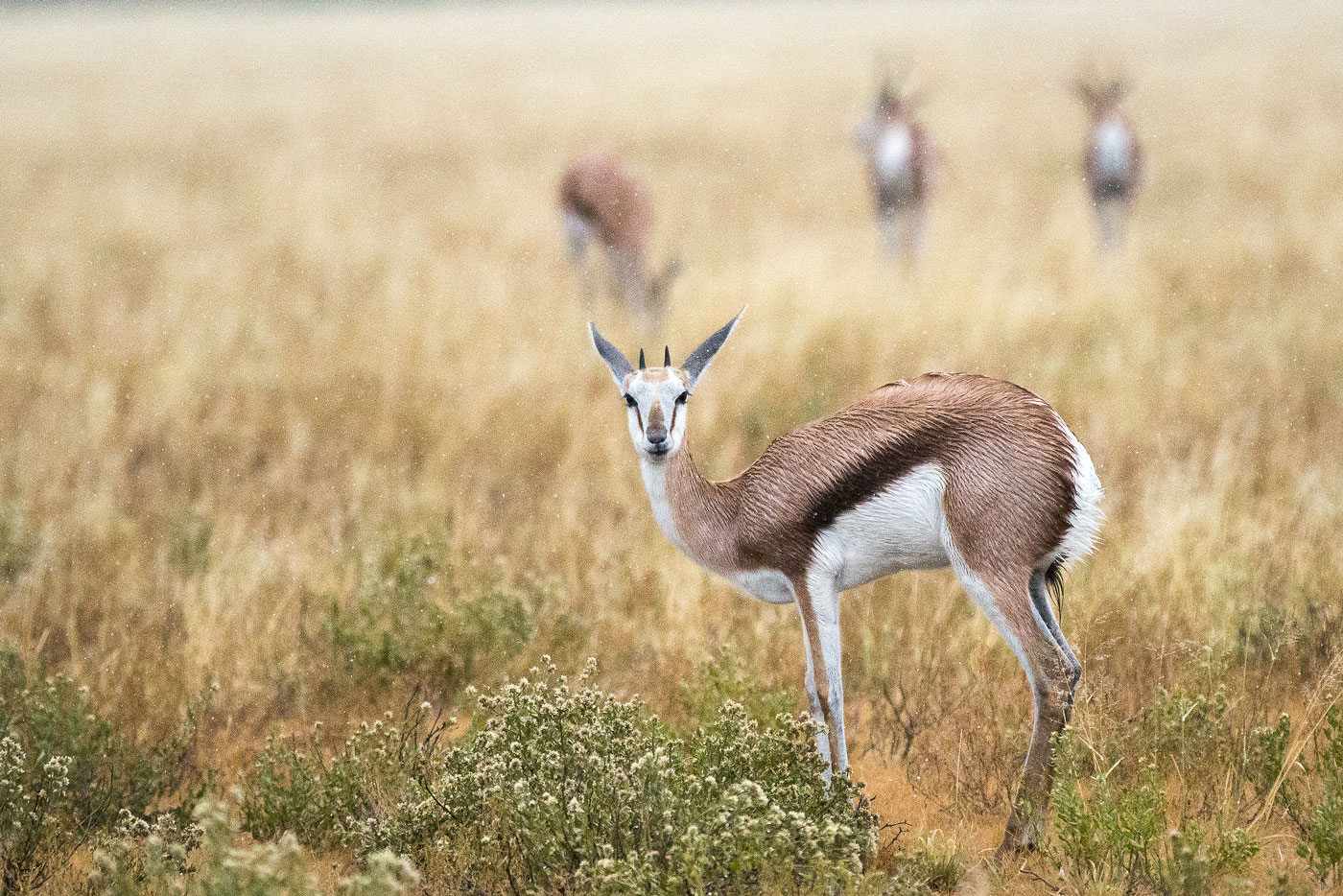 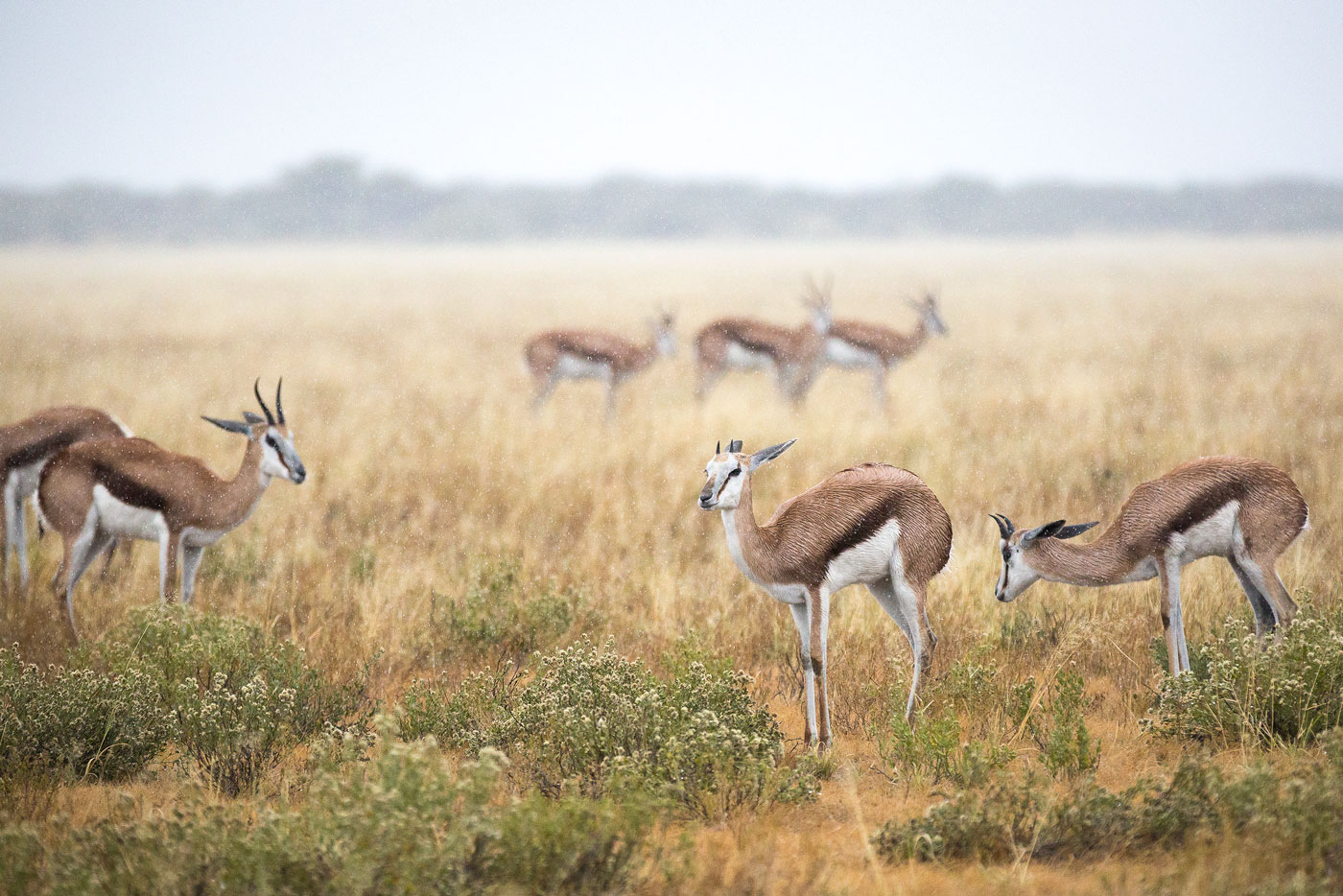 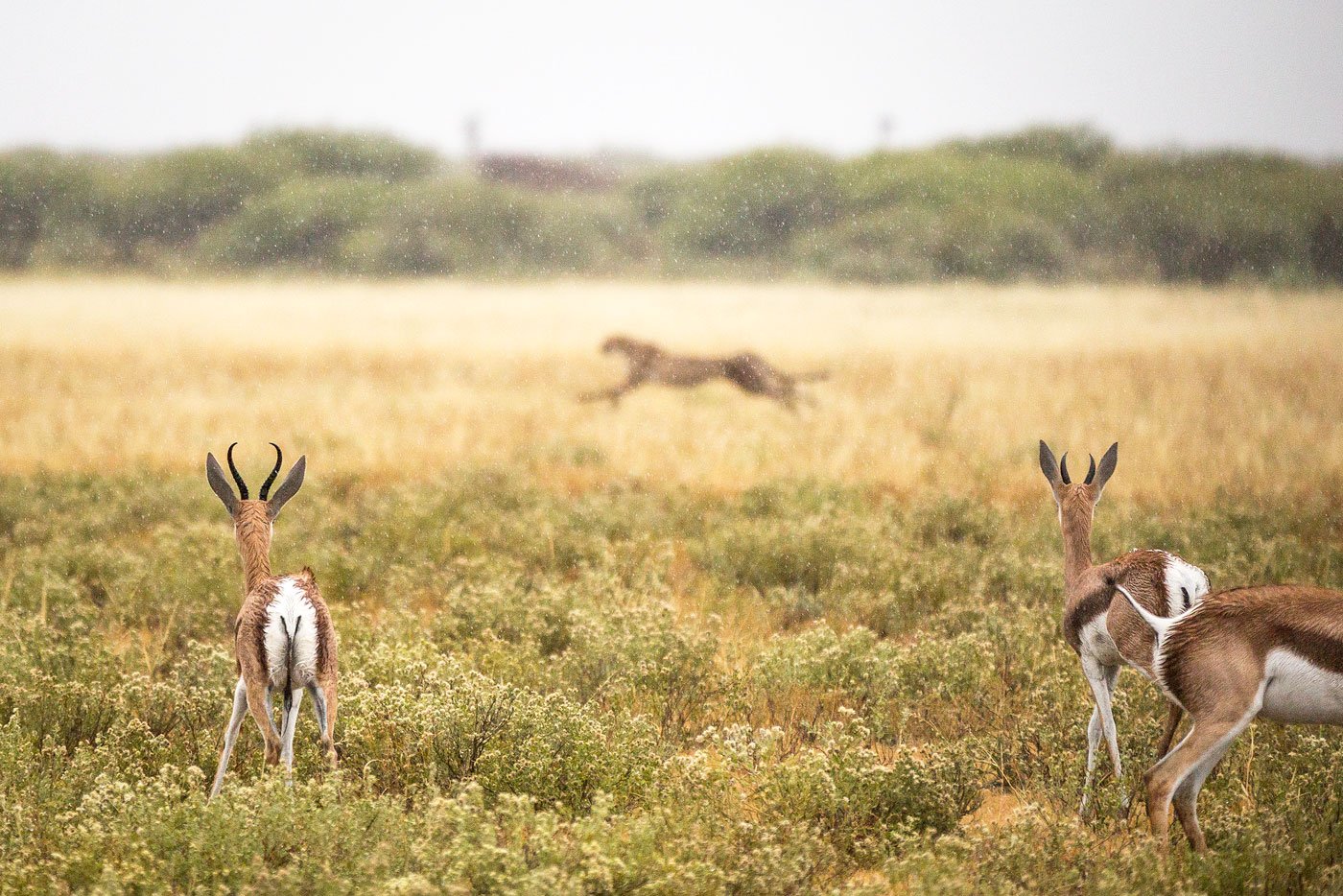 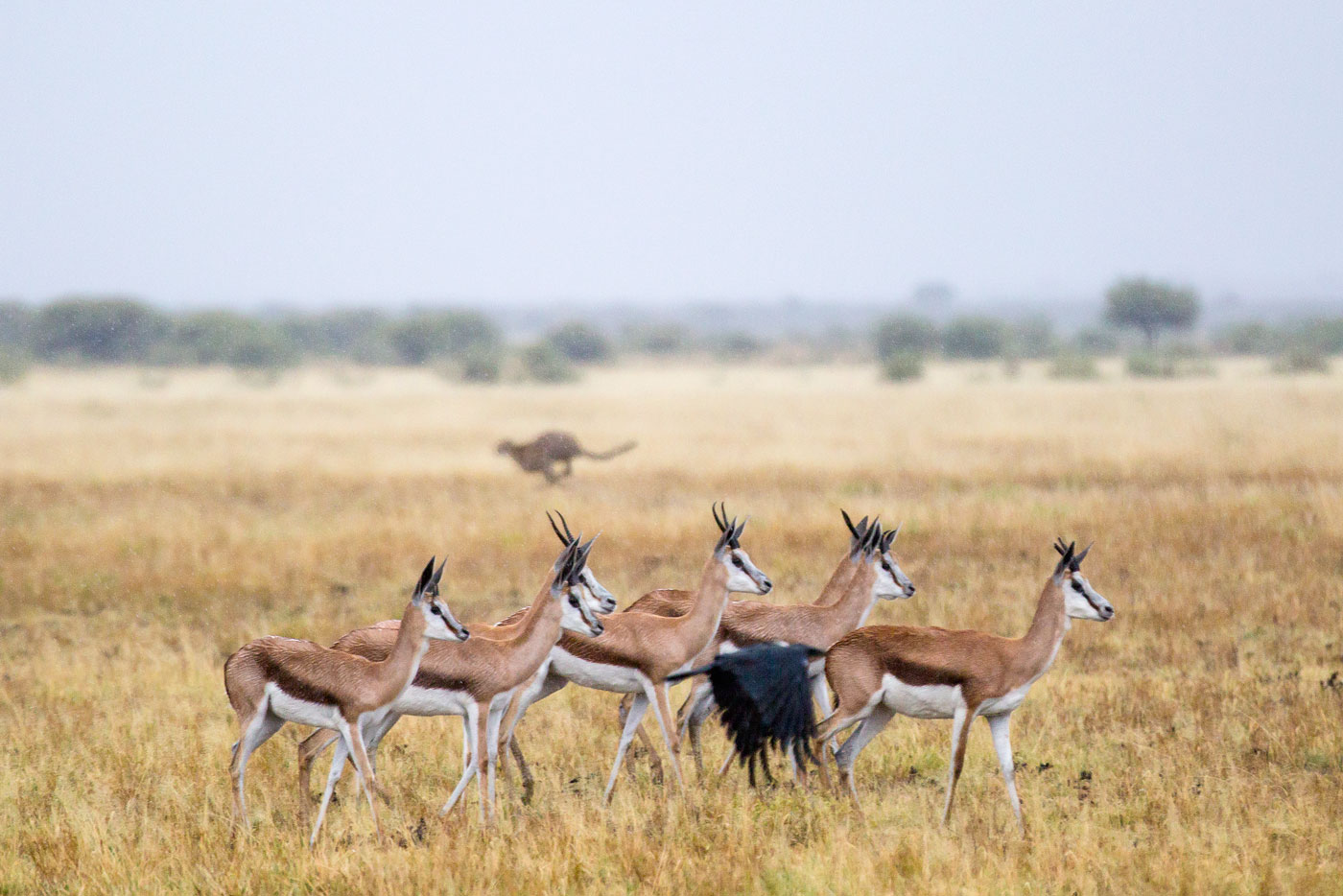 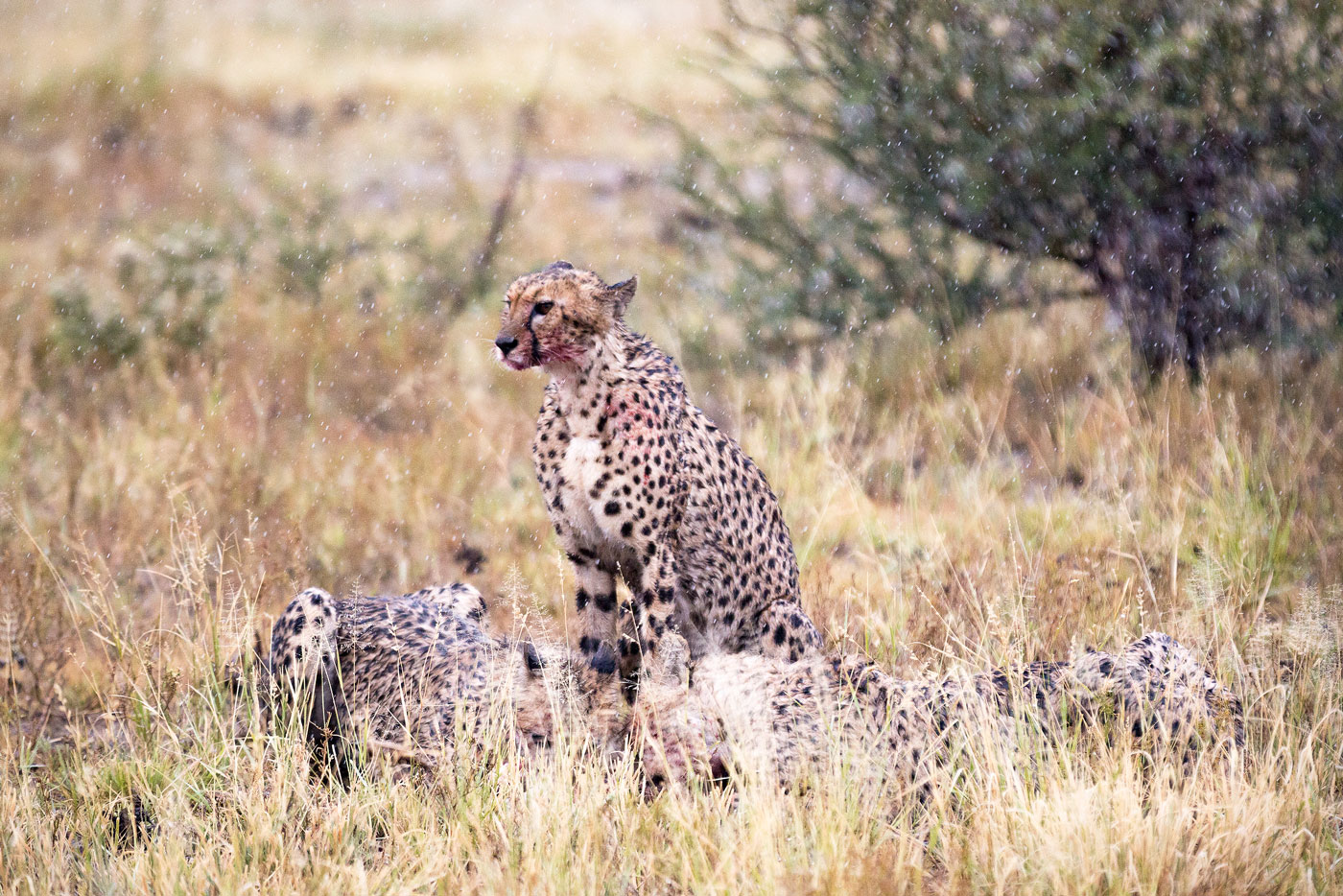 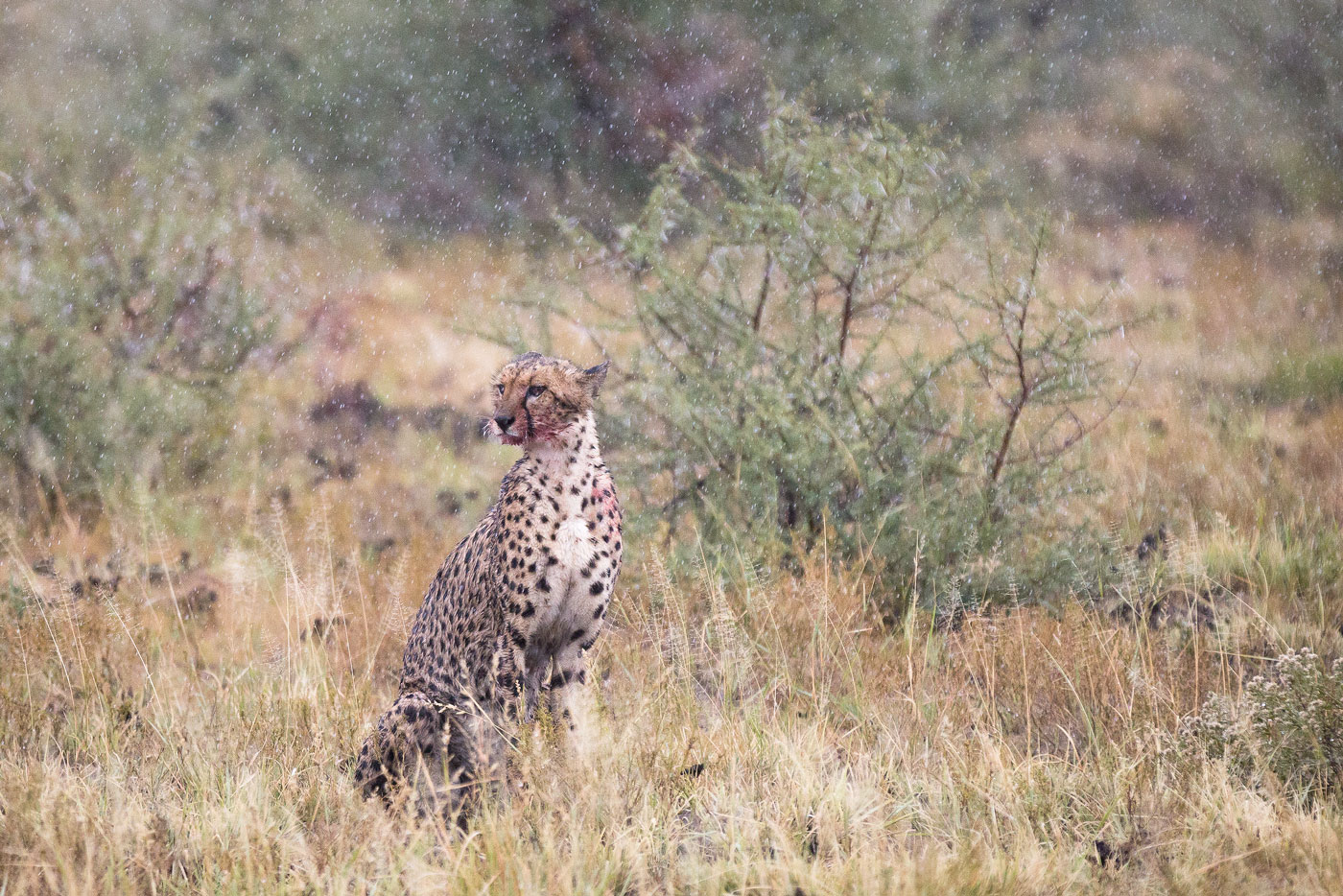 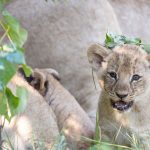 Prev First glimpse
Next Of lions and buffalos 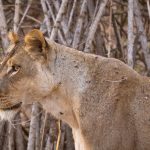